Would you like to switch to the accessible version of this site?

Don't need the accessible version of this site?

She is board certified in Workers’ Compensation Law since 2000 by the NC State Bar that governs the requirements and qualification of state certified specialists. A graduate (1980) of the University of Santa Clara School of Law, Mrs. Glancy received her undergraduate degree at the University of California, Irvine. She was licensed in NC in 1983 and previously in Ohio in 1980.

Ms. Glancy founded her law firm dedicated to protecting the rights of injured workers and their families in 1985. Since then she has devoted her legal career exclusively to helping NC families of the injured and disabled in claims of Workers’ Compensation, Social Security Disability, and Personal Injury.

She is an active leader in the Workers’ Compensation Section of North Carolina Advocates for Justice (NCAJ). She has served as Chair of the NCAJ Workers’ Compensation Section Chairperson, Political Action Committee, and as Vice President of Membership. As a member of the Workplace Injury Litigation Group (WILG), she has served as Chair of the Medicare Taskforce. Mrs. Glancy is also a past appointed member of the Advisory Committee for the North Carolina Industrial Commission and a member of the American Association for Justice (AAJ), the American Bar Association (ABA), and the National Organization of Social Security Representatives (NOSSCR). She is a frequent lecturer on the interaction of Workers’ Compensation and Social Security Disability programs, Medicare Set-Asides, and the indemnity offset, among other topics.

Mrs. Glancy is a published author in the LexisNexis and NCAJ:  Workers’ Compensation Guide, 2018. 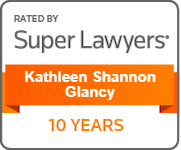 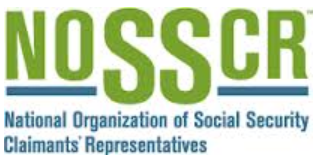 Please fill out the form below and our attorney will contact you.

Thank you. Your submission has been sent.

Attorney Advertising. This website is designed for general information only. The information presented at this site should not be construed to be formal legal advice nor the formation of a lawyer/client relationship. [ Site Map ]

See our profiles at Lawyers.com and Martindale.com